In the neighbourhood of the castle you can find an English park and a little French garden with a number of precious ancient wood species, from some places there is a magnificent overview to the town of Náměšť and the neighbouring landscape.

The town of Náměšť nad Oslavou situated in the valley of the central course of the Oslava river is a natural centre of picturesque and for natural monuments rich area. The surroundings of Náměšť is a locality of numerous ponds and large forests, which is often visited by tourists who appreciate walking or touring by water. In the neighbourhood and in further surroundings of the castle one can still see a conceptual and well considered approach of former castle owners to the landscape formation and to the effective but frugal use of natural assets. 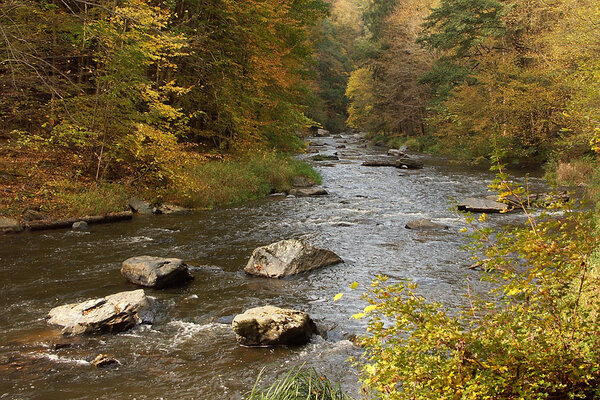 Moreover, you can visit the villages nearby where there are many remarkable architectural buildings; some of them have the origins in roman and gothic period. In the town of Náměšť itself there is a number of buildings which are important to mention. Mainly a baroque church of St. John the Baptist built in 1639 and a baroque bridge over the Oslava river built in 1737. The bridge was decorated seven years after its building with the twenty statues of saints and Archangels, which come mainly from the workshop of a sculptor Josef Winterhalder the older. A statue of The Holy Trinity in the centre of the square is considered to be the work of Antonín Riga, however some sources consider John the Baptist Röbster to be the author. 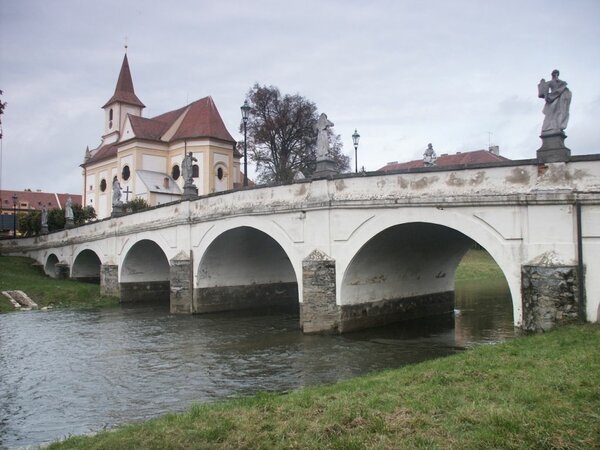 Some buildings in the town remind the former owners of the castle. In 1745 Hanuš and Františka of Kufštejn built a Hospital with a chapel of St. Anna for elderly servants from the castle, the lords of Haugwitz are reminded by the empire tomb of the family members built 1822-1825 according to the Viennese architect Josef Kornhäusel. In the village of Jinošov it is important to mention a church of St apostles Peter and Paul from the 16th century with late gothic architecture, roman church of St. Kliment in the village of Jasenice and the chapel of St. Kateřina from the end of the 14th century with the bell from 1494 in the same village. The most attention should be paid to the village of Kralice. The first church here was built in the end of 11th and the beginning of 12th century. In 1300 it became a vestry of the new church of St. Martin, where there are preserved the parts of gothic mural with quotations from the Bible. In 1578 a printing workshop was moved to the fortress of the village. In the following fifty years there was more than one hundred book items printed, mainly the famous six parts of the Bible of Kralice. From natural monuments it is necessary to mention a unique serpentine steppe near the village of Mohelno, which is the northernmost steppe area in Europe, rich for protected plants and fauna. Furthermore the deep valleys of the Oslava river and a small river Chvojince and, as last but not least, a large deer park with fallow deer breeding, founded by the lords of Haugwitz between Náměšť, Jinošov and Kralice.